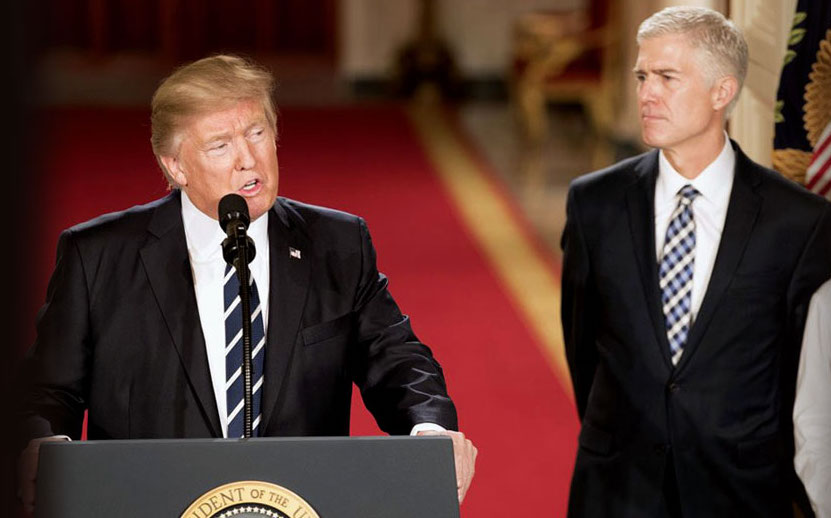 “The confirmation of Judge Neil Gorsuch is a great win for the President and for America and a huge loss for Chuck Schumer and the Democrats. While President Trump is providing the strong leadership our nation badly needs, Senate Democrats are making themselves more irrelevant by the day by playing petty partisan games on almost every issue. Given their history of doing the same thing when they controlled the Senate, whining over the use the nuclear option is so blatantly hypocritical it’s comical,” said Rollins.

“Great America PAC was proud to strongly support Judge Neil Gorsuch since the President first nominated him and play an important role in this victory. We spent heavily on our pro-Gorsuch campaign, airing over 300,000 radio ads on over 1,300 local stations and driving 100,000 calls to Senate offices. As a result of our efforts and other aligned groups, Judge Gorsuch was even supported by three Democrat Senators who smartly put principle over politics on this vote. We will continue playing a leading role in supporting the President’s agenda with our targeted television, digital, mail and phone campaigns in the months ahead,” concluded Rollins.

Great America PAC is the premiere pro-Trump Super PAC led by veteran Republican strategist, Ed Rollins. In 2016 the group raised and spent $30 million in support of Donald Trump’s candidacy, broadcasting more than 20,000 TV spots and 300,000 radio ads. The group secured over 250,000 contributors, built a file of millions of active, newly engaged Trump supporters across the country, placed 30 million phone calls, and sent over 2.5 million pieces of mail. Great America PAC ran two national GOTV bus tours and was the ONLY PAC with field offices in the battleground states with boots on the ground.

Use of the name and likeness of any candidate or officeholder is for the purpose of this PACs political communication only and IN NO WAY indicates any authorization by, affiliation with, direction from, or endorsement by that person of any kind. Contributions from foreign nationals or entities are prohibited.