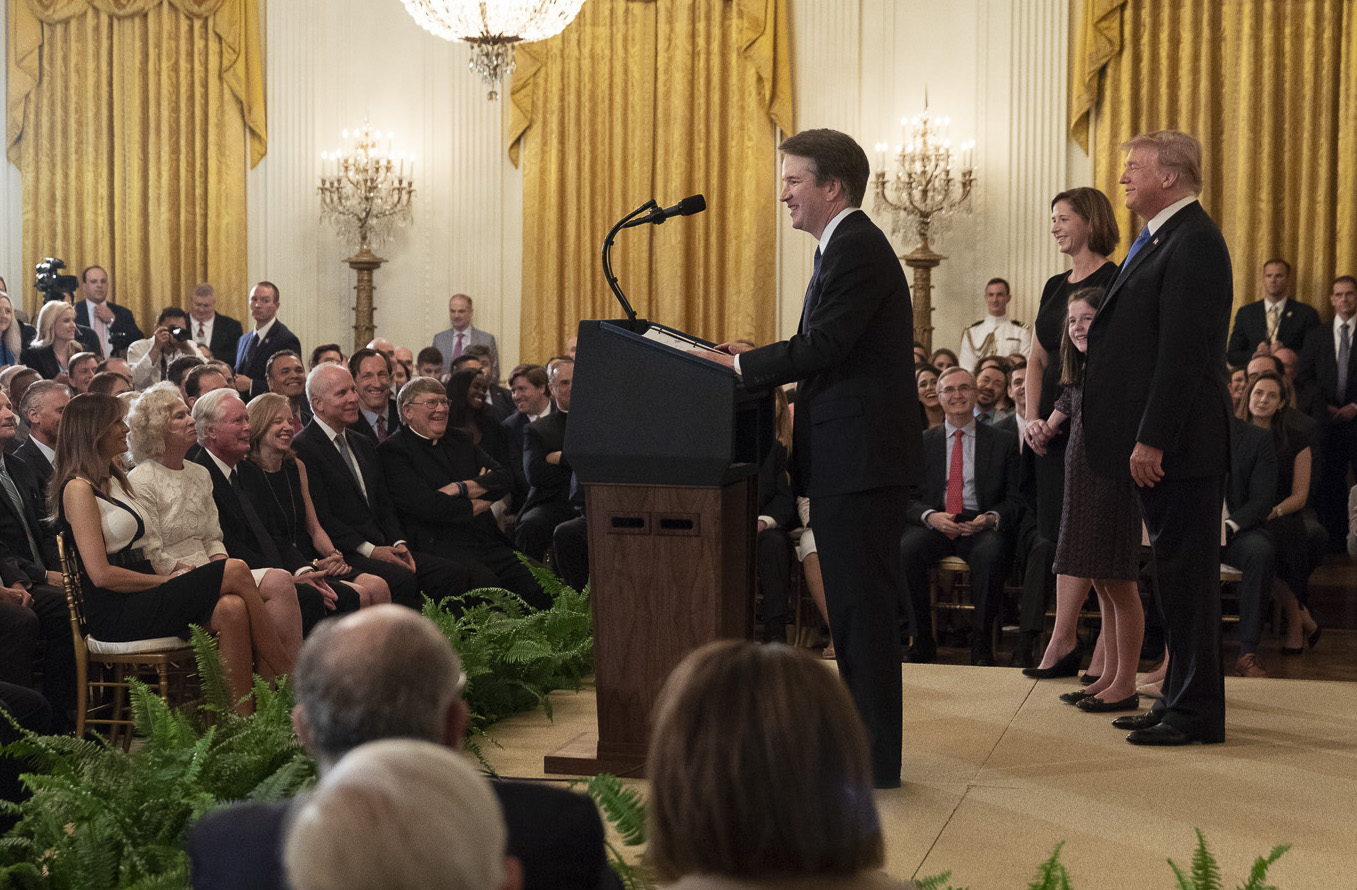 Supreme Court nominee Brett M. Kavanaugh will soon get a $5 million boost from two independent conservative groups devoted to supporting President Trump’s agenda, according to organizers of the effort.

Great America PAC and Great America Alliance will next week launch a campaign to confirm Kavanaugh built around cable television, radio and digital ads in seven states that were won by Trump in 2016 and where Democratic senators are campaigning for reelection.

The focus is not just on influencing the confirmation votes in the Senate but on using the Supreme Court nomination battle to energize Trump supporters to turn out for Republican candidates in the fall elections.

“It’s all about intensity,” said Ed Rollins, the lead strategist for the two Great America groups, which operate under distinct parts of the tax code. “This whole election and campaign is about whose side gets intensified.”

The groups plan to develop two sets of ads, with one targeting Democratic incumbent senators up for reelection in Florida, Wisconsin, Missouri and Montana, who voted against Trump’s last nominee to the high court, Neil M. Gorsuch.

Great America groups spent about $3 million on ads and direct mail during the Gorsuch fight, said Eric Beach, who runs the groups with Rollins.

The two groups are also planning a bus tour in mid-September to support Kavanaugh in all of the states, with the exception of Montana. Organizers are asking three veterans of other Great America bus tours, former Alaska governor Sarah Palin, actor Jon Voight and Fox News pundit Tomi Lahren, to return as draws for the grass-roots effort but have not yet confirmed their participation. The groups sent Palin to Alabama last year to support Republican Senate candidate Roy Moore.

“Getting the band back together again is a good way to put it,” Beach said.

The new campaign will join an increasingly crowded effort by outside groups on both sides of the political spectrum to influence public opinion and senate elections.

A liberal group, Demand Justice, has promised its own $5 million ad campaign to defeat Kavanaugh, focused on Democratic senators from Indiana, North Dakota and West Virginia and Republicans from Maine and Alaska.

TEMPE, Ariz., Aug. 11, 2017 — The Kelli Ward for Senate campaign has announced that the founder and top operative of the largest Super PAC supporting the President in 2016, Great America PAC, have joined the campaign. Eric Beach was founder and co-chair and Brent Lowder served as Executive Director of Great America PAC, which raised and spent nearly $30 million in support of President Trump’s candidacy in 2016. The two respected operatives will help lead Kelli Ward’s campaign to defeat Senator Jeff Flake of Arizona in 2018.

“Eric and Brent are highly accomplished political operatives with strong track records of success. They played an important role in the election of President Trump and are now committed to helping me to send Jeff Flake into retirement next year,” said Ward. “We are excited to have them join the team and know they will have an immediate positive impact on our campaign.”

“Kelli Ward is a strong, thoughtful leader and will be a hardworking, dedicated Senator in Washington that all Arizonans can be proud of,” said Beach. “Senator Jeff Flake has continually failed Arizona and is more interested in selling his new book by attacking the President than actually serving his constituents and getting things done. Arizona deserves far better from their Senator.”

Use of the name and likeness of any candidate or officeholder is for the purpose of this PACs political communication only and IN NO WAY indicates any authorization by, affiliation with, direction from, or endorsement by that person of any kind. Contributions from foreign nationals or entities are prohibited.